Before the program opened its application registration in September, days went like a fluent and my preparation for paper-based exam was somewhat casual.
There are three different types of MBA programs held by MBA center of Business School, Nanjing University (NJU) and I made a decision to register the dual-degree program which was, I thought,  the most difficult and challenged, also expensive one, and I did do it later. The programs’ introductions are all released on Business School’s MBA center website clearly and detailed.
During this period, I mainly focus on reviewing of the logic and mathematics part of NEE after a careful and close look of my knowledge structure after graduation from campus. I took about 5 hr at least per week on logic study and training and 2 hr on mathematics to form a steady pace which I think is helpful and efficient as a part-time job.
I made a mistake on registration for missing the MBA’s recruiting introduction party and the deadline of first batch of pre-interview registration in Nanjing. When I realized this mistake, it was the day after the deadline. I became very nervous then because I had made the same mistake on 2011 and it seemed unacceptable for me to make this stupid one again. I blamed myself severely.
So I filled the online application form and drafted my resume and career plan that night. After recomposing on career plan and resume the next day, I submit to the second batch pre-interview registration which scheduled on Oct. 27th. and 28th. It was a day in middle of September.
After registration, I felt a little involved in this affair. Meanwhile, I met the word reciting website Shanbay.com and had began my everyday word reciting since September 30th. 2012. It is a meaningful day, an important start-up for me to regulate my everyday life and study. I should thank to Shanbay, from which, I made real everyday progress and my life brighter, more determined. I like it so much and thank you.

I have to confess that I was not confident on whether I could pass all these exams and I did not pay much attention to the pre-interview. Although I do not have much interviewee experience in my career, I have sufficient experience, I think, as an interviewer because I have interviewed dozens of applicants of basic and middle levels of job opportunities in some different industries for the sake of work needs. I think I know what an interviewer pays his/her attention to and things could be the same between scholar and industry. So I prepared as what I thought.
The later fact testified my point of view. There were three interviewers during the process and two of whom were from enterprise. Finally I got a score of 94/100, which however, was on the average of all applicants. As a complementary now, I should suggest myself then to practice more on how to express my job description and career plan and why make the choice including why MBA and why this program, and do not forget to attire in a formal suit.
One important thing I should mention specially here is that, after my interview,
Mrs. Li, the chairman of MBA center made a handshake with me, wished me a good result  and asked me for a diligent preparation on the coming exams. I knew she did this to every applicant, but magically, I felt a strong feeling and formed a determination that never give up whatever happened. Things had got changed since then.

After the pre-interview, I  felt a sense of urgency on preparation and began the English and writing parts. Meanwhile, I extended the study time from 7 hr a week to at least 18 hr a week. This preparation period was some boring and it was frustrated to meet some difficult questions or forget some logical principles every time.
During the preparation, don’t forget to keep an eye on MBA centers website, pay attention to notifications on NEE affairs.

As you may know, there are two writing tasks in the integrate test. Actually, I found a high resemblance between it and GWE (GRE Writing Exam). They both ask you to write a critical argument to challenge a certain point and  its deduction, and a piece of issue given a topic. I think this kind of writing practice is very useful and practical for attendees not only in the exam itself but also in his/her daily work and life. It’s not difficult if you are used to logical and critical thinking and remember how to write an argumentation in your high school respectively. Don’t forget to practice on writing different kinds of topics. Skill comes from practice, and practice makes perfect.

I must say that I do not know how to improve English in a short time and as a matter of fact, I allocated least preparation time on English except word reciting. Here is my long term English ability keeping program:
1. Recite words everyday.
Mainly about 2 hours totally, utilizing the time on metro, bus, foot or during lunch, I have been reciting 150 words everyday for 200 days, which gives me a huge confidence on overcoming impossible missions and I feel a better faculty of memory. Thanks to Shanbay again. Although the exam is over, I keep the habit and go on with these words. It’s more than reciting words itself, but a part of my study life, a continuous  progress. You may decide the amount to recite according to your conditions, as long as do not interrupt or give up.
2. Read at least one piece of English news or passage in books everyday.
By this, you may cultivate your sense in English, improve your comprehensive ability, and strengthen the memorizing of new words you learned and understand better on how to use these words. What’s more, you may catch up with the idiomatic English habit on expression and make a better one of yourself, to avoid “Chinglish”. Frankly, it’s very hard at the very beginning but really worthy and you will not engrave words in mind without using. Shanbay Readings is a convenient tool to help you attain your aim. You may refer to it here.
3. Listen to audios or watch videos  in English.
I take this as a piece of recreation in life, often listening to BBC, VOA and iTunes podcasts, watching American TV programs like Bones, Newsrooms and all kinds of movies. When watching videos, everyone has its habit and attitude to subtitles, none of which I think is absolutely right or wrong. In my opinion, it’s ok if you can catch up what roles said even with help of subtitles at the beginning or even in a long period. As long as you try to ignore subtitles and listen to dialogues, it works to practice your listening and speaking sense. If you have enough time and enough interesting, you may follow those study instructions online on how to study English with American TV programs or movies. Since I treat it as a recreation, why not watch more videos on interested topics but rewind the same one?
4. Speak it out and write it down.
The ultimate aim of learning English is using it such as communicating with natives, or taking interviews requiring English speaking. So try to speak it out and write it down. You may read passages loudly to yourself or writing emails in English to others. If possible, don’t be shame to lose opportunities to speak to others. Using English as your mother language, then it seems to be your mother language and finally becomes.
( to be continued… 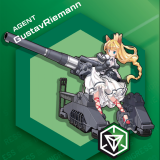 好长，终于看完了^-^
Thanks for your sharing experiment~ I also want to practice my listening skill from watching movies and listening news. But I feel it is quite difficult for me. How could I start and treat them as entertainments? 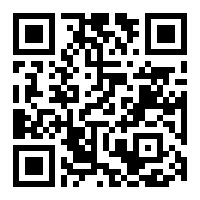 For friends outside the GF-wall.